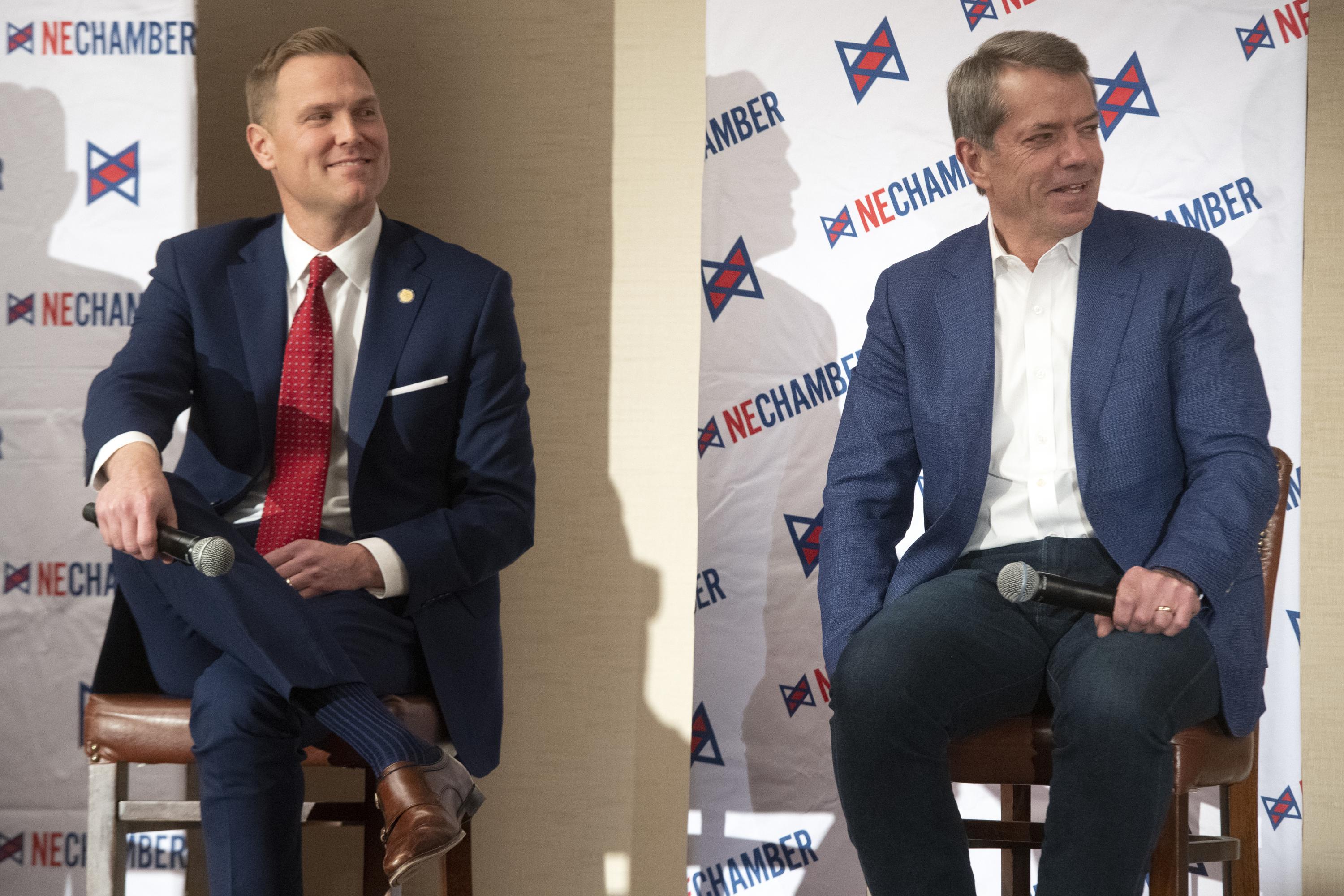 OMAHA, Neb. (AP) — The top race in Tuesday’s primary elections in Nebraska and West Virginia is a heavily contested Republican primary for Nebraska governor, featuring a Donald Trump-endorsed candidate who has been accused of groping multiple women.

Voters in Nebraska will also be nominating candidates to replace former US Rep. Jeff Fortenberry, a Republican convicted in March on charges he lied to federal authorities about an illegal campaign contribution he received from a Nigerian billionaire.

In West Virginia, two incumbent congressmen are facing off in a Republican primary after redistricting cost the state a seat in the US House.

What to watch as Tuesday’s primaries unfold:

HOW MUCH SWAY DOES TRUMP HAVE IN NEBRASKA?

In Nebraska’s Republican primary for governor, Trump has endorsed Charles Herbster, a wealthy agribusinessman and cattle breeder who has positioned himself as a political outsider.

Herbster has recently faced allegations that he grew young women, including a Nebraska state senator and a former legislative staffer. He vehemently denies the accusations and has filed a defamation lawsuit against the lawmaker, state Sen. Julie Slama. She filed a countersuit, accusing Herbster of sexual battery. Despite the allegations, Trump has stood by Herbster and appeared with him at a rally last week.

And in a surprising twist, state Sen. Brett Lindstrom of Omaha has risen to top-tier status as well with support from Omaha’s Republican mayor and ads in which he pitches himself as a “new generation” of leader. He is considered the most moderate option to Herbster and Pillen.

The winner of the GOP primary is expected to face state Sen. Carol Blood, who is all but certain to win the Democratic nomination for governor over a little-known candidate who hasn’t actively campaigned.

HOW DID A CONGRESSMAN’S CONVICTION RESHAPE THE PRIMARY?

US House primary races are usually low-key affairs in Nebraska, with little turnover among the Republican incumbents. But the state has an open seat this year following Fortenberry’s resignation.

Fortenberry initially planned to seek reelection to a 10th term despite a federal indictment and launched attack ads against his main challenger, Republican state Sen. Mike Flood. He dropped his bid after his conviction, and Flood gained momentum with endorsements from Ricketts and former Gov. Dave Heineman.

Flood is now the strong favorite to win the nomination for the 1st Congressional District out of a field of five Republican candidates. Fortenberry’s name will still appear on the ballot because he withdrew after the state’s deadline to certify candidates.

Flood and Pansing Brooks will also face each other in a June 28 special election to decide who serves the rest of Fortenberry’s term. The November general election will determine who fills the seat starting in January 2023.

The 1st Congressional District encompasses a stretch of eastern Nebraska, excluding Omaha and most of its suburbs. The Republican-leaning district includes Lincoln as well as large stretches of farmland and small towns.

HOW MUCH DO INFRASTRUCTURE IMPROVEMENTS MATTER TO WEST VIRGINIA VOTERS?

One of the incumbents, Rep. David McKinley, was among 13 House Republicans to vote for the bill. He cited the state’s “D” infrastructure grade from the American Society of Civil Engineers, saying it would have been a betrayal to vote based on “party politics” on an issue so important to residents.

West Virginia, one of the nation’s poorest states, is slated to get $6 billion in infrastructure money.

The other incumbent, Rep. Alex Mooney, voted against the infrastructure bill and won Trump’s endorsement the day Biden signed the measure into law. Mooney and Trump have called McKinley and other Republicans who voted for the infrastructure bill RINOs, or “Republicans In Name Only.” Mooney called the bill “Biden and Speaker Nancy Pelosi’s spending masterplan” and said it will contribute to inflation.

While in Congress, McKinley and Mooney voted together the vast majority of the time. But the infrastructure vote will serve as a test of Trump’s clout in a state that wholeheartedly embraced him in two presidential elections.