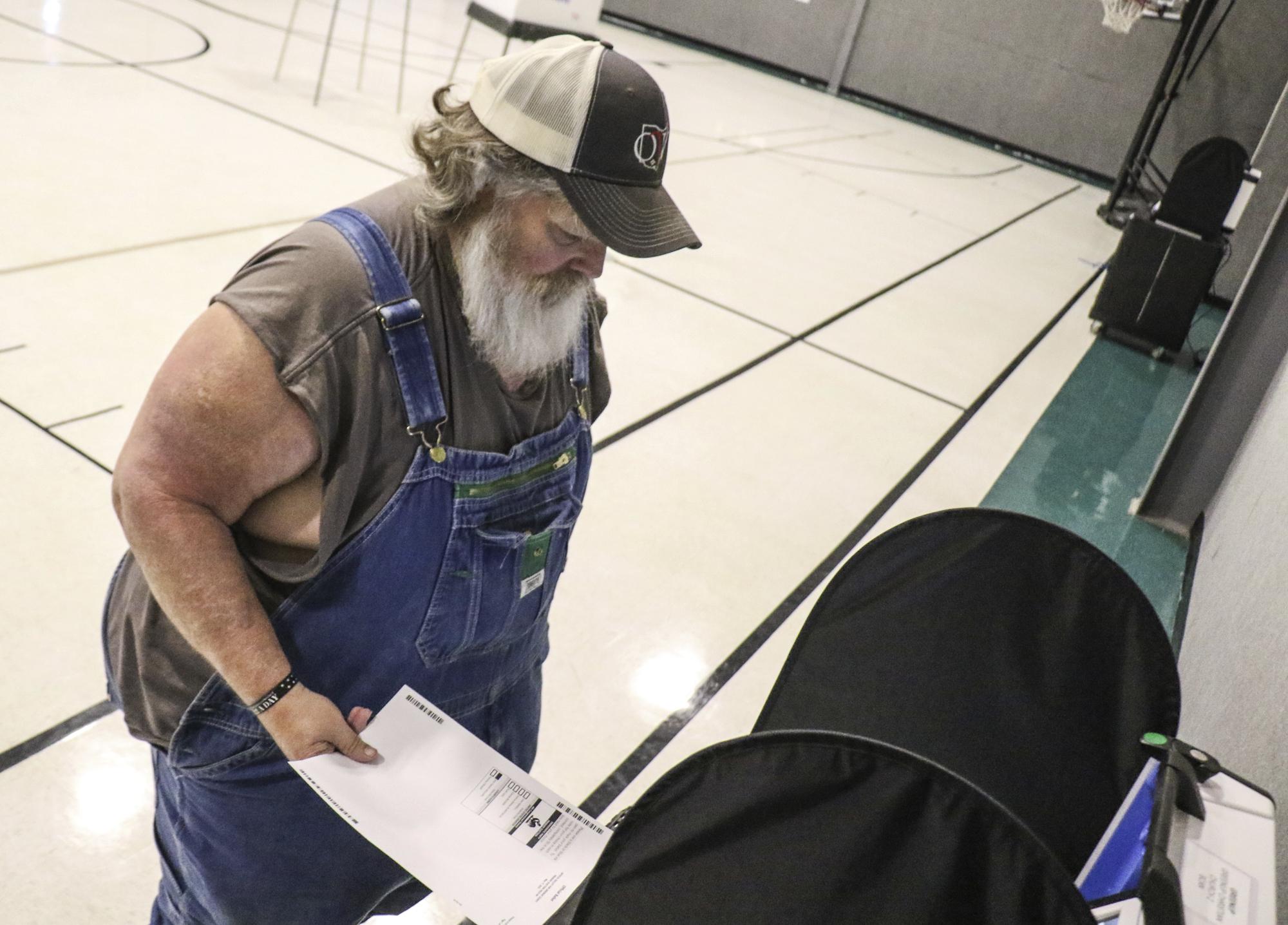 LOUISVILLE, Ky. (AP) — Candidates in Kentucky’s May 17 primary are hoping for the chance to earn their party’s nominations in federal, state and local races.

Republican incumbent Rand Paul won his party’s nomination as he pursues a third term, defeating five little-known challengers in the Kentucky primary. Paul has made a name for himself as a national voice for a libertarian-leaning philosophy based on limited government and restrained spending.

Former state lawmaker Charles Booker of Louisville defeated three opponents on the Democratic side. Booker gained attention for his racial and economic justice message amid nationwide protests over the deaths of George Floyd, Breonna Taylor and other Black Americans in encounters with police. Booker barely lost the Democratic Senate primary that year to an establishment-backed rival.

Booker faces a daunting task in trying to unseat Paul. Kentucky has tilted decidedly toward the GOP and Paul holds a commanding fundraising advantage over his Democratic challenger. Kentucky has not elected a Democrat to the US Senate since Wendell Ford in 1992.

With the only Democrat representing Kentucky in Congress retiring, two Kentucky progressive state legislators are on the ballot for the Louisville-area 3rd district nomination.

The 3rd District remained intact under the GOP’s new redistricting plan and is far more diverse than other parts of Kentucky. It covers most of Jefferson County, where white residents make up nearly two-thirds of the district’s population and black residents account for around 20%, according to census figures.

McGarvey and Scott agree on many progressive issues, including Medicare for All, decriminalizing marijuana, and both want to see Congress pass more laws to fight climate change. They also want universal pre-K and to legalize both medical and recreational marijuana use.

Meanwhile, Republican incumbent Rep. Hal Rogers won his primary Tuesday against four challengers in the 5th District and will face Democrat Conor Halbleib, who ran unopposed, in the fall.

Two pairs of Republican state lawmakers will compete for the same House seat after redistricting landed them in the same new district.

State Reps. Jim Gooch Jr. and Lynn Bechler are running against each other in the primary for a newly drawn western Kentucky district. Gooch is chair of the House Natural Resources and Energy Committee, and Bechler is a member of the influential House Appropriations and Revenue Committee and chairs over a budget review subcommittee.

In the other primary pitting two state lawmakers against one another, Reps. Norma Kirk-McCormick and Bobby McCool are facing off in a new eastern Kentucky district.

In the state Senate, 19 seats are on the ballot this year. In more than a half-dozen districts, a lone Republican is running unopposed, while in two more districts only GOP candidates are competing.

The race for Louisville Mayor attracted national headlines earlier this year when a man drew a gun and shot at one of the Democratic candidates in his campaign office.

Louisville mayoral candidate Craig Greenberg was shaken but not harmed in the Feb. 14 shooting, though a bullet cam so close it damaged his sweater. A local social justice activist has been charged in the attempted shooting.

The four Republicans are led by Jeffersontown Mayor Bill Dieruf, though a Republican has not held the mayor’s office in Kentucky’s largest city in several decades.

Lexington also has a mayor’s race, with four candidates including incumbent Linda Gorton on the ballot. Its ballot is nonpartisan, with the two top vote-getters slated to face off in a general election.

Kentuckians had four ways to cast their ballot in the 2022 May primaries.

Three days of early voting for the primary election got underway Thursday at designated polling places across Kentucky. The state also allowed excused absentee early voting from May 4 to 6 and May 9 to 11.

Mail-in absentee ballot requests were due on May 3.

Polls were open on Tuesday from 6 am to 6 pm local time.