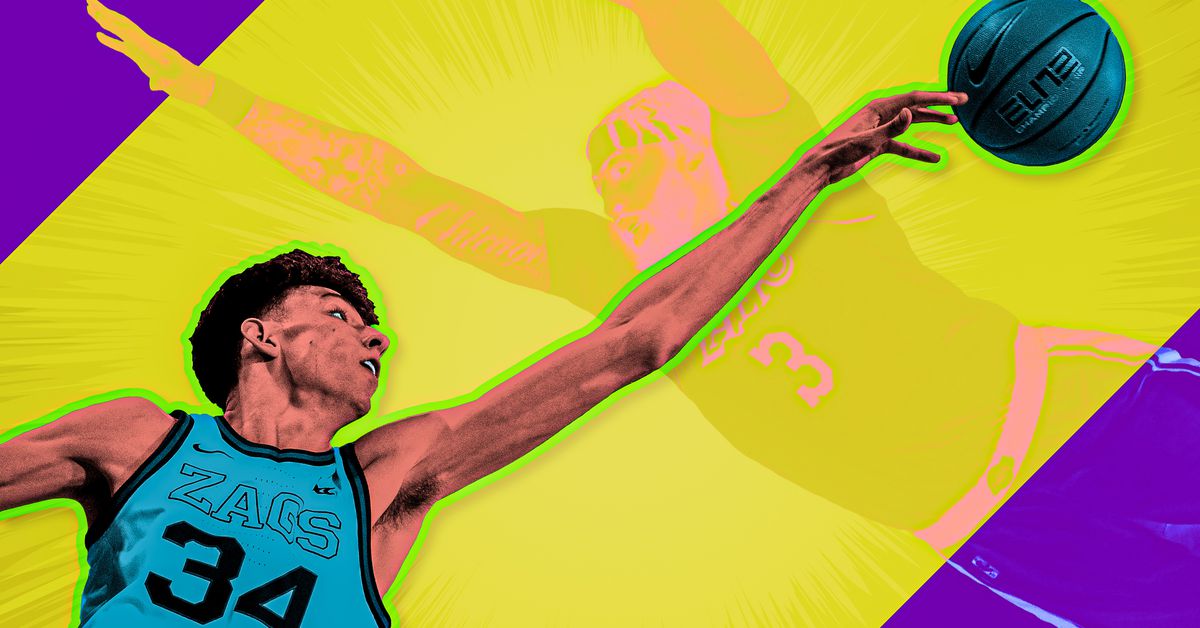 Chet Holmgren is the most polarizing prospect in the 2022 NBA draft. To some talent evaluators, he looks like the best player available; to others, he doesn’t even belong in the consensus top three.

As the center position continues to evolve and adapt to the modern NBA, Holmgren, a 7-footer with guard skills, might be just the big man teams are searching for. And while he still has his doubters, and will until he proves himself in the NBA, all the numbers and highlights point to one certain strength: Holmgren’s defense is so impressive that he cannot fail.

While the 2010s in the NBA were dominated by the big wing, a new breed of big man currently rules the league. Giannis Antetokounmpo and Nikola Jokic have combined to win the past four MVP awards, and that pair and Joel Embiid went 1-2-3 in this year’s voting. But none of them reached the conference finals, raising questions, yet again, about the role of big men on contenders. (Of course, all three were also suffering from roster weirdness outside their control, from costly injuries to Khris Middleton, Jamal Murray, and Michael Porter Jr., to the Ben Simmons–James Harden fiasco in Philadelphia.)

But even with that playoff setback, the 2022 postseason also reinforced one element of big man necessity: All four conference finalists rated better on defense than offense in the regular season, and the two teams to reach the Finals also boasted the top two defenses in the league. And what’s the most important tenet of NBA defense? Protecting the rim. Enter Holmgren, the league’s next shutdown defender.

At Gonzaga last season, Holmgren blocked 12.6 percent of opposing 2-point attempts, per KenPom, which ranked 10th in the country and first among Kevin O’Connor’s top 30 draft prospects. And Holmgren wasn’t just bullying overmatched weaklings in the West Coast Conference. His block rate against teams rated in KenPom’s national top 100 was 12.4 percent, essentially the same as his overall rate. On a per-game basis, Holmgren posted an average of 3.7 blocks across all his games, and 3.7 blocks when he faced top-100 opponents.

The other players at the top of this draft don’t come close in comparison. While Jabari Smith Jr. and Paolo Banchero both check in at 6-foot-10, conceivably allowing them to operate as bigs in the NBA, their college block rates were only 3.8 percent and 2.7 percent, respectively. Holmgren is the only member of the trio who can anchor a defense.

Holmgren’s college performance also compares favorably to the 24 big men with college stats who have been drafted in the top five since 2002. (That’s the first year with detailed player data from KenPom; this count doesn’t include players without any NCAA stats or James Wiseman, who played only three games for Memphis. We’re defining “big men” here as players who’ve spent at least 25 percent of their NBA minutes at center, according to Basketball-Reference’s positional designations.)

Out of that group of 24, the only players with a better block rate in their final college seasons than Holmgren are Jaren Jackson Jr., Anthony Davis, and Greg Oden; close behind Holmgren are Hasheem Thabeet, Embiid, and Karl-Anthony Towns.

That’s a meaningful indicator for Holmgren’s NBA future: As ESPN’s Kevin Pelton has written, block rate translates from college to the pros better than any other statistic. And in this sample, that relationship mostly holds, too. For instance, on the other end of the list, only five bigs in this sample had a college block rate below 5 percent: Marvin Bagley III, Thomas Robinson, Drew Gooden, Cody Zeller, and Jahlil Okafor. Bigs who can’t protect the rim in college don’t go on to succeed in the NBA.

To be fair, the list of high-block college bigs does not provide a perfect NBA hit rate: Persistent injuries derailed Oden’s career, and Thabeet is one of this century’s great draft whiffs. But there’s also a massive chasm between the rest of Holmgren’s game beyond his shot blocking, and the rest of Thabeet’s. Holmgren possesses mobility that the heavy-footed Thabeet never had, and his offensive potential is immensely higher.

Expand the pool of comps to all lottery bigs since 2002, and there are more misses among the draftees at the top of the college block rankings. Mo Bamba is a recent example of a big who hasn’t panned out as hoped when he went no. 6 in the 2018 draft, and others like Cole Aldrich, Ekpe Udoh, and Hilton Armstrong failed to convert college production into NBA success.

But this is where Holmgren’s offensive abilities come in, as with the Thabeet comparison: Unlike those failed lottery picks, Holmgren turns his prodigious swats at the rim into two-way production. There’s a reason Aldrich, with a dominating 13.0 percent block rate in his final college season but little offensive game, fell to the no. 11 pick instead of going in the top three, as Holmgren surely will this week.

For a modern big, Holmgren boasts just about an ideal offensive skill set. He’s a deft finisher at the rim—his 73.7 percent 2-point accuracy led Division I players with at least 100 attempts—and is already a capable and willing shooter, too, with a 39 percent college 3-point mark on three tries per game . His 72 percent free throw accuracy also augurs further range, as free throw percentage is an even better predictor of NBA shooting potential.

Very few big men in the past two decades offered anything approximating Holmgren’s particular combination of rim protection and shooting skills. This chart includes every lottery big man in the past 20 years with at least an 11 percent block percentage and a 70 percent free throw accuracy in his final college season. It’s not a long list. (It also demonstrates the appeal of Duke’s Mark Williams, who might be picked in the lottery along with Holmgren on Thursday.)

Lottery Picks With High Block and Free Throw Percentages (Since 2002)

It’s also an incredibly encouraging set of comparisons. Davis and Towns are multi-time All-NBA honorees who signed max contracts. Jackson is still developing, but was worth a nine-figure extension even before finishing fifth in Defensive Player of the Year voting last season.

Turner is worth a closer look given the few warning signs in Holmgren’s profile. On defense, Turner is an interior force, as a two-time block champion, who can be played off the floor in certain matchups. On offense, he provides spacing as a capable 3-point shooter, but has averaged only 10 to 15 points per game in every season of his career because he’s never commanded the ball as a high-usage creator.

That’s a conceivable outcome for Holmgren—but barring Odenesque injuries, that seems like the worst case outcome, because it projects that Holmgren won’t develop at all beyond his current skill set. Because of his unique physique, Holmgren is seen as more of a “high-ceiling/low-floor player” than his peers at the top of draft boards, but his floor looks like Turner, who is still one of the best players from the 2015 draft class by any measure. (I admitted I might be biased here, as a longtime Turner believer.)

Worries about Holmgren’s stature and frame still abound, but his size hasn’t slowed him down during incredibly successful stints in high school or college, and he’ll have plenty of time to bulk up beyond 200 pounds. He might never match up pound for pound with Embiid, but as J. Kyle Mann wrote for The Ringer in an extensive Holmgren scouting report, other high picks, from Davis to Kevin Durant, added meaningful muscle once they reached the NBA.

Ultimately, Holmgren encapsulates all the most important skills for a modern big: rim protection, mobility to contain guards, finishing at the rim, and floor spacing. Combine all those disparate pieces into one gangly 7-foot body, and the results are statistically spectacular.

Holmgren’s box plus-minus—an all-in-one statistic that estimates a player’s total value—is the third best for a freshman in the Sports-Reference database (which extends to 2011-12). Every other player in the top five is a big man who is either already a star in the NBA or—in Evan Mobley’s case—well on his way. And Davis, Towns, and Jackson all appear high up on this list, too.

Holmgren isn’t actually a high-ceiling/low-floor player. He has the highest ceiling in the 2022 draft and a tremendously high floor. Come Thursday night, one lucky fan base will be able to start cheering for his immense potential.