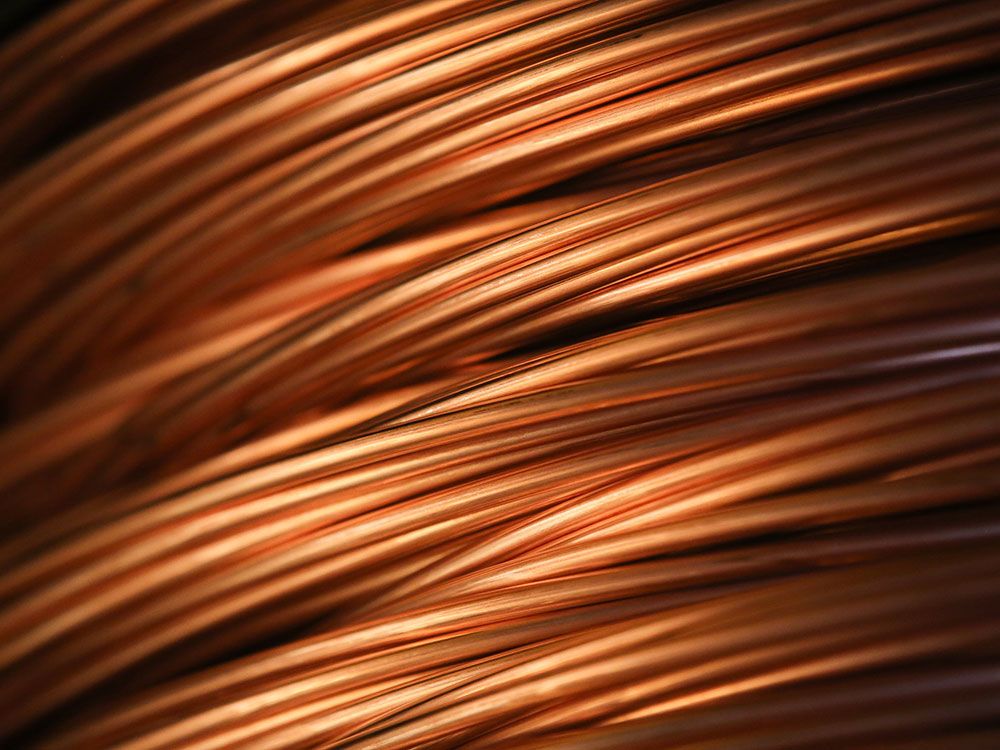 Copper’s bull run is losing momentum, a troubling sign for economic growth and investors who bet demand related to the shift to electric vehicles would offset a supply glut.

The price of the metal, used to make everything from electrical wires to roofs, briefly dropped below US$4 per pound this week, an important psychological threshold.

Copper is considered a gauge of economic health because it’s a key input in a broad range of big-ticket items such as infrastructure projects and many consumer goods. It even has a starring role in the transition to greener energy, because the metal is a crucial component of electrification.

Investors in copper and the companies that mine it have had a good COVID-19 crisis, as prices surged at the start of the pandemic. But copper has been sliding more recently, because interest-rate hikes and fears that a global recession is looming have dampened expectations that demand will hold up in the near term.

The shift in sentiment about the economic outlook is now testing expectations that the longer-term demand for copper will offset the disinflationary effect of forecasts that predict surplus production in 2023 and 2024.

“People thought that the (copper) demand was robust enough to get through that period of surplus without a real material downdraft in copper prices,” said Shane Nagle, an analyst at National Bank Financial. “But, obviously, the inflationary pressures that we’ve seen, the fears of interest-rate tightening and the fears of just a global slowdown or recession kind of put that demand at a bit of risk.”

Demand from electrification and stable economic growth is expected to push the copper supply into a deficit by mid-decade, which bodes well for copper investors over the longer term. The question is what happens between now and then.

During the next two years, the copper surplus is expected to grow as new mines come online. Ivanhoe Mines Ltd. is aiming to ramp up production at its Kamoa mine complex in the Democratic Republic of Congo, adding as much as 450,000 tonnes in 2023, and an additional 500,000 tonnes in 2024.

“You can start seeing the deficit start to form around 2025, 2026,” Nagle said. “And so maybe there’s a bit of a period of volatility, but the market is going to price in some of those favorable long-term fundamentals; it’s just a question of how near- or short-sighted the market is going to be in the interim period.”

A global recession isn’t the only wildcard. Inflationary pressures are creating tensions between miners and the large, unionized labor forces that operate many copper mines, particularly in South America.

Earlier this week, the Federation of Chilean Copper Workers announced a national strike after Codelco (the National Copper Corp. of Chile) said it would close its Ventana smelter. Codelco said it was closing the smelter for environmental reasons, but the response by 25 unions shows how rising inflation could exacerbate tensions with workers and threaten future supply.

Last year, BHP Group Ltd. narrowly avoided a strike with workers at its Escondida mine in Chile, the world’s largest copper mine, amid local media reports that it agreed to give each union member a one-off bonus of US$23,000, in recognition for time worked during the pandemic.

In 2017, the same union staged a 44-day strike that led to a 1.3 per cent drop in the country’s gross domestic product.

“In this environment, especially as the cost-of-living increases, you got to think that when they come up the next time for labor negotiations, (unions) may not necessarily be willing to accept kind of a one-time bonus payment, Nagle said. “So if those discussions ended up getting a bit more contentious, we could see some supply pulled out of the market.”

Sign up to receive the daily top stories from the Financial Post, a division of Postmedia Network Inc.

Thanks for signing up!

A welcome email is on its way. If you don’t see it, please check your junk folder.

The next issue of Financial Post Top Stories will soon be in your inbox.

We encountered an issue signing you up. Please try again