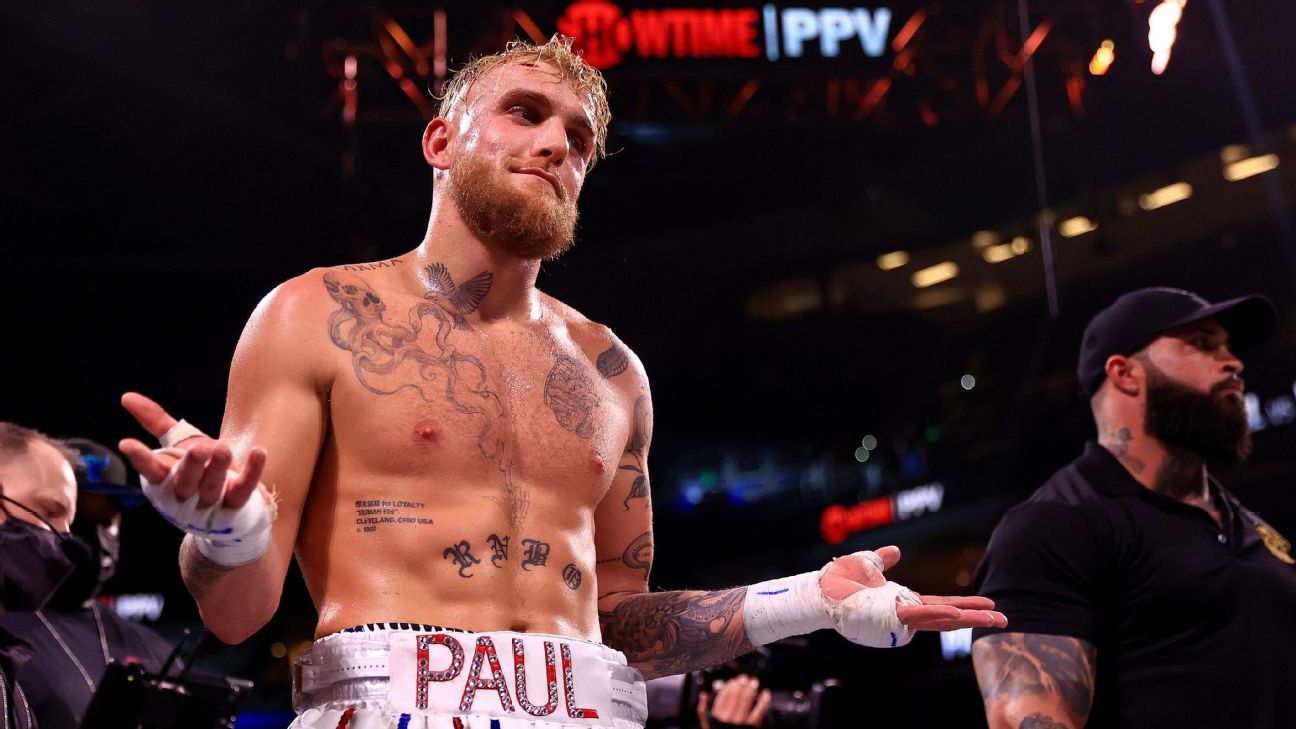 NEW YORK — Jake Paul is making his return to the boxing ring.

Paul, 25, began training again in March after taking a few months off following his knockout win over Tyron Woodley in Tampa, Florida, last December. He had said he had planned to return to the ring, but was also wholly committed to promoting the Katie Taylor-Amanda Serrano undisputed lightweight title fight in Madison Square Garden, which took place Saturday night. Paul was in attendance for the split decision win for Taylor over his fighter, Serrano.

Now, Paul will come back on his own after his first break following fighting four times in 11 months from November 2020 until January 2021.

“Back in the gym, back to training and excited, more excited and motivated than ever,” Paul told ESPN back in March. “You know, that was Chapter 1 of my boxing career, that was my rookie season and now I get to go on another chapter here.”

Paul said in March he wasn’t sure who he would fight next or when, exactly, the fight would be. Initially, after his win in December over Woodley, he said he wasn’t going to fight for 18 months because he felt burned out.

He said in March he was looking at things pessimistically then because he had been in a constant training camp-fight rotation. Plus, he had his other business ventures as well. Two months into his break, he realized how much he loved fighting and decided to start training again.

“It was like two months in, I was like, I was sitting there and I had an epiphany,” Paul said in March. “I was like, ‘I feel motivated again. I want to get back to boxing.'”