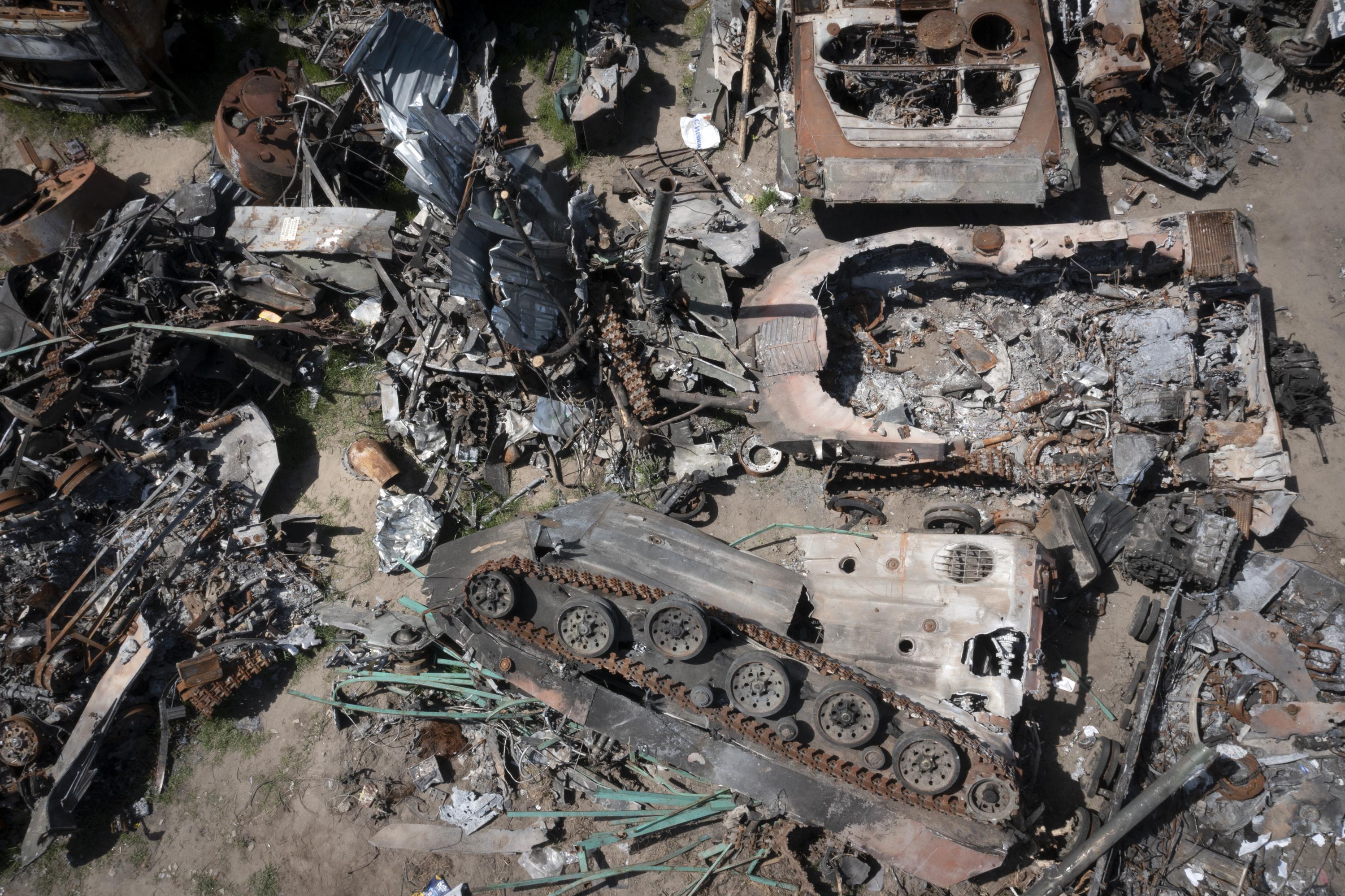 Ukraine’s natural gas pipeline operator has stopped Russian shipments through a key hub in the east of the country.

Wednesday’s move was the first time natural gas supply has been affected by the war that began in February. It may force Russia to shift flows of its gas through territory controlled by Ukraine to reach its customers in Europe.

The pipeline operator said Russian shipments through its Novopskov hub, in an area controlled by Moscow-backed separatists, would be cut because of interference from “occupying forces,” including the apparent siphoning of gas.

the Ukrainian pipeline operator said the hub handles about a third of Russian gas passing through Ukraine to Western Europe. Russia’s state-owned natural gas giant Gazprom put the figure at about a quarter.

KEY DEVELOPMENTS IN THE RUSSIA-UKRAINE WAR:

— Wartime birth amid the air raid sirens in Ukraine hospital

— Fighters appeal for evacuation of wounded from Mariupol mill

—House approves $40B in Ukraine aid, beefing up Biden request

— Follow all AP stories on Russia’s war on Ukraine at https://apnews.com/hub/russia-ukraine

The British military says Ukraine’s targeting of Russian forces on Snake Island in the Black Sea is helping disrupt Moscow’s attempts to expand its influence in the Black Sea.

In a daily intelligence briefing posted to Twitter on Wednesday, the British Defense Ministry said “Russia repeatedly (is) trying to reinforce its exposed garrison located there.”

It added: “Ukraine has successfully struck Russian air defenses and resupply vessels with Bayraktar drones. Russia’s resupply vessels have minimum protection in the western Black Sea, following the Russian Navy’s retreat to Crimea after the loss of the Moskva.”

This corresponds to satellite photos analyzed by The Associated Press this weekend showing the fighting there.

The British military warned: “If Russia consolidates its position on (Snake) Island with strategic air defense and coastal defense cruise missiles, they could dominate the northwestern Black Sea.”

The measure sailed to passage by a lopsided 368-57 margin, providing $7 billion more than Biden’s request from April and dividing the increase evenly between defense and humanitarian programs.

The bill would give Ukraine military and economic assistance, help regional allies, replenish weapons the Pentagon has shipped overseas and provide $5 billion to address global food shortages caused by the war’s crippling of Ukraine’s normally robust production of many crops.

The new legislation would bring American support for the effort to nearly $54 billion, including the $13.6 billion in support Congress enacted in March.

That’s about $6 billion more than the US spent on all its foreign and military aid in 2019, according to a January report by the nonpartisan Congressional Research Service, which studies issues for lawmakers.

Ukraine President Volodymyr Zelenskyy cited some good news Tuesday from the front, where he said the Ukrainian military was gradually pushing the Russian troops away from Kharkiv.

The Ukrainian General Staff said its forces drove the Russians out of four villages to the northeast of Kharkiv as it tries to push them back toward the Russian border.

Ukraine’s ability to stymie a larger, better-armed Russian military has surprised many who had anticipated a much quicker conflict.

With the war now in its 11th week and Kyiv bogging down Russian forces in many places and even staging a counteroffensive in others, Ukraine’s foreign minister appeared to voice confidence that the country could expand its aims beyond merely pushing Russia back to areas it or its allies held on the day of Feb. 24 invasion.