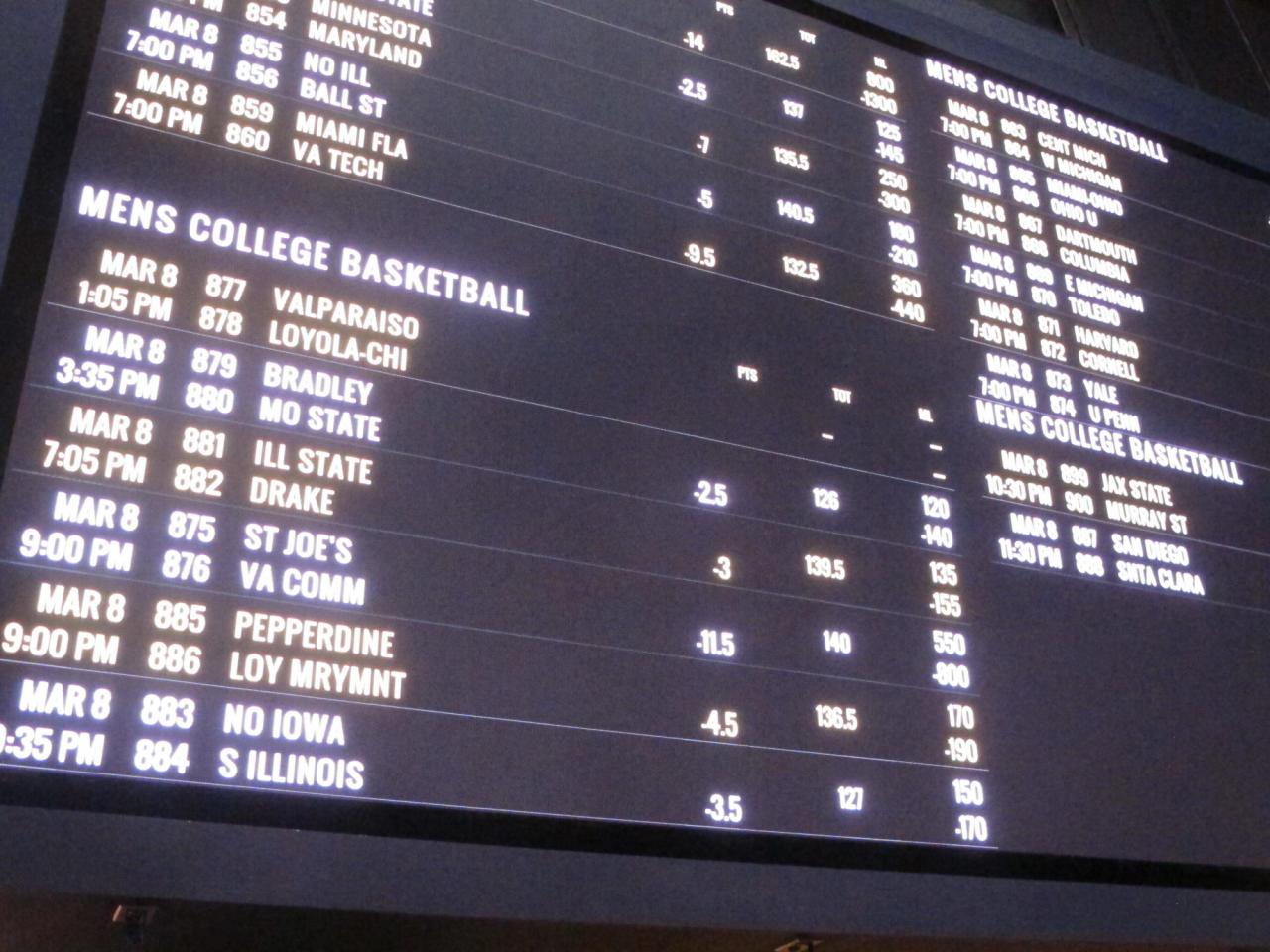 Raleigh, NC — A years-long effort to legalize online sports gambling in North Carolina broke down on Wednesday in the General Assembly as the House rejected one of two bills that would legalize the practice in the state.

A watered-down version of one bill, Senate Bill 38, gained preliminary approval by a single vote—but not before lawmakers stripped all college sports betting from the legislation. Meanwhile, the underlying bill, Senate Bill 688, was voted down by a narrow margin, leaving the prospects of sports wagering in the state in question.

The 120-member House voted 51-50 to approve Senate Bill 38. The House voted against Senate Bill 688 50-51 and then blocked an attempt to return it to the rules committee.

The House must give its final approval to Senate Bill 38 in a second vote, but as written it is dependent on SB 688. The Senate must also take up SB 38 for competition before the legislation can be sent to Gov. Roy Cooper, who has been supportive of sports gambling.

But Wednesday night was a big blow to supporters, which include the gambling operators and the state’s major professional franchises and sports facilities, including Charlotte Motor Speedway. The Charlotte Hornets, Carolina Panthers and Carolina Hurricanes have lobbied for online sports gambling, which they see as an additional revenue source. The major sports facilities would be allowed, under the legislation, to open sports lounges.

More than 20 other states have approved online sports gambling, including Virginia and Tennessee. Based on the amount of wagers in other states, North Carolina was seen as a potential $5 billion to $6 billion per year market in terms of money bet.

After the changes, the bill allows betting on professional sports, electronic sports and horse racing from electronic devices such as computers, tablets and smartphones. The state would license at least 10 and up to 12 sports wagering operators to accept bets from adults located in North Carolina.

The legislation is a rare measure that divided both caucuses with Republicans and Democrats supporting the bills and members of both parties opposing them. SB 688, when it passed last year, divided the Senate in a similar manner.

During Wednesday’s House debate, which stretched more than 90 minutes, opponents were much sharper with their critiques. Opponents from both parties spoke against the bill, citing the Bible, calling it morally wrong and warning of heavy societal costs associated with legalizing gambling.

“This is bad. Pure, simple, straight-up wrong,” said Rep. Abe Jones, D-Wake. “You can’t fix what’s wrong because you can’t amend it away.”

Said Rep. Pat Hurley, R-Randolph: “It’s not worth the money to put this to our citizens.”

The House then voted to remove all college sports gambling from the bill, a huge blow to operators in a state known for its devotion to its many college teams. Virginia does not allow gambling on in-state college teams. But the amendment from the House would eliminate any college gambling in North Carolina, even on teams not located in the state.

A House committee earlier in the week removed betting on amateur sports, largely defined as international and Olympic competition, from SB 38.

The US Supreme Court, in a 2018 decision, allowed states to make their own sports wagering decisions. Sports gambling is legal in North Carolina, but only in the two Cherokee casinos in the far-western part of the state. In 2019, representatives from the sports wagering operators, professional teams and tribes met to begin working on mobile sports gambling legislation.

Last year, the Senate passed its version. But the bill moved slowly in the House—until this week. Three committees passed the measures Tuesday and Wednesday, setting up the floor vote on the amended bill. Supporters and opponents said before the vote that they expected it to be very tight, a rare instance of real drama and a lack of certainty for a floor vote.

SB 38 was changed throughout the week, perhaps in an attempt to secure votes. In one big change, the number of years that operators could claim promotional credit deductions—which allows them to reduce their taxable income—was shortened from five years to three years.

Healthy was unclear about the next steps supporters would take. He said he would ask that the bill be returned to committee, perhaps to strip out wording that currently makes it dependent on SB 688.

“We may end up with a bill before the end of session that will serve for sports betting,” he said. “Don’t know yet.”

Additional hostile amendments could be offered, including one that would prohibit the use of credit cards in opening up wagering accounts. Much of the debate was about the impact on low-income citizens.

“My fear is it’s going to disproportionately affect people who can least afford it,” said Rep. Deb Butler, D-New Hanover. “I feel that way about the lottery, too. I see people spending hard-earned dollars that they may not have to pursue something that is designed and conspires against them. The table always wins. The house always wins.”

Rep. Wesley Harris, D-Mecklenburg, was one of the few proponents to speak during the floor debate.

“This is an opportunity that we have to not be left behind, to do what we can as best that we can, to protect our consumers, to protect our citizens,” Harris said. “And we’re going to get some side benefits from that as well. So when you put it all together, the good simply does outweigh the bad for me.”