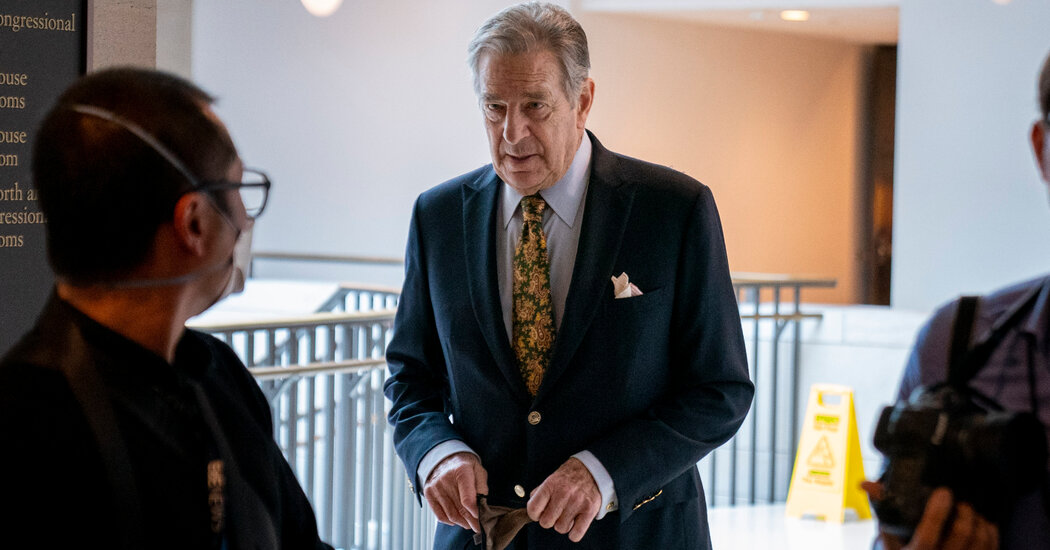 Paul Pelosi, the husband of House Speaker Nancy Pelosi, has been charged with alcohol-related offenses in connection with a car crash in Napa County, Calif., in May, the Napa County District Attorney’s Office said Thursday.

The charges include driving under the influence of alcohol causing injury, and driving with a 0.08 percent blood alcohol level or higher and causing injury, prosecutors said.

A blood sample taken from Mr. Pelosi more than two hours after the crash had a .082 percent blood alcohol content, the office said.

The office said that the punishment for the charges includes a minimum of five days in jail and up to five years of probation. Mr. Pelosi, 82, is scheduled to be arraigned in Napa County Superior Court on Aug. 3.

“Under California law, these charges can be filed as a misdemeanor or felony,” Allison Haley, the county district attorney, said in a statement. “Based upon the extent of the injuries suffered by the victim, the district attorney filed misdemeanor charges. This decision is consistent with how our office handles these cases with similar injuries.”

A spokesman for Mr. Pelosi declined to comment on Thursday. A spokesman for Ms. Pelosi said in May that the speaker would not be commenting on the “private matter,” which occurred while she was on the East Coast.

On May 28, Mr. Pelosi was driving a 2021 Porsche and attempted to cross State Route 29 when his car was struck by another vehicle, a Jeep, at 10:26 pm, according to a California Highway Patrol report.

Mr. Pelosi and Ms. Pelosi own a vineyard in Napa Valley. The couple met at Georgetown University and married in 1963.