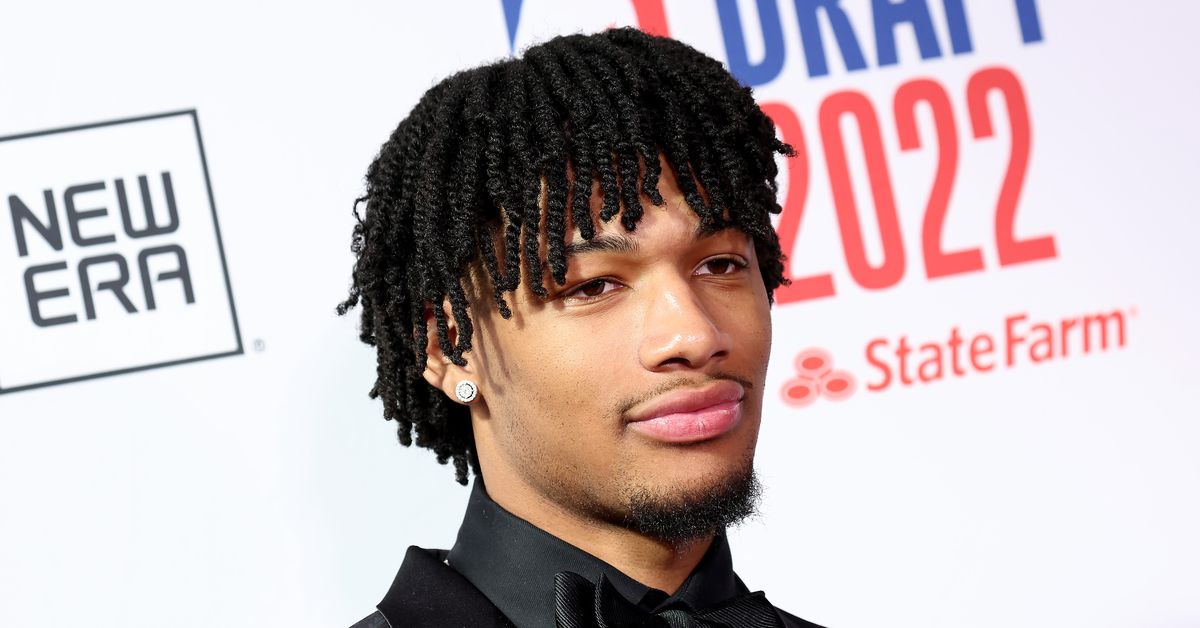 With the 7th pick of the 2022 NBA Draft, the Portland Trail Blazers have selected untried rookie Shaedon Sharpe. Sharpe technically joined the Kentucky Wildcats but never played a game in his college career. He came from Dream City Christian High School in Arizona and played in the Candian EYBL for 12 games.

The pick comes after long speculation that the Blazers will not be keeping the rookie, rather trading him for veteran help alongside franchise superstar Damian Lillard.

You can find a detailed description of Sharpe from draft expert Steve Dewald here. Dewald described Sharpe’s upside so:

Sharpe burst into the spotlight with his multi-faceted offensive game in the 2021 EYBL sessions. On the perimeter, Sharpe has the framework and athleticism of a modern first option. He creates space with ease off the dribble and around screens. Sharpe has a smooth, rise-and-fire shot form from beyond the arc. His mechanics should allow him to create for himself from all three levels once he develops. Inside the arc, Sharpe is an excellent finisher. He can complete highlight-worthy dunks and shield the ball from defenders with nifty layups.

Sharpe has the frame and ball skills to blossom into a dominant force at the NBA level. He could also flame out against tougher competition at the next level. When you consider those two potential outcomes, it is clear that Sharpe has a chasm between his floor and ceiling.

In an earlier article on Sharpe, Dave Deckard speculated that his trade value could last longer than many rookies because of his high ceiling and extended learning curve. The Blazers themselves seem happy that Sharpe was available with the 7th pick.

The Blazers also hold the 46th and 57th picks in this year’s draft. Yesterday they traded the 36th selection to the Detroit Pistons along with a 2025 first-rounder from the Milwaukee Bucks for forward Jerami Grant. The 46th pick came along with Grant in the exchange.