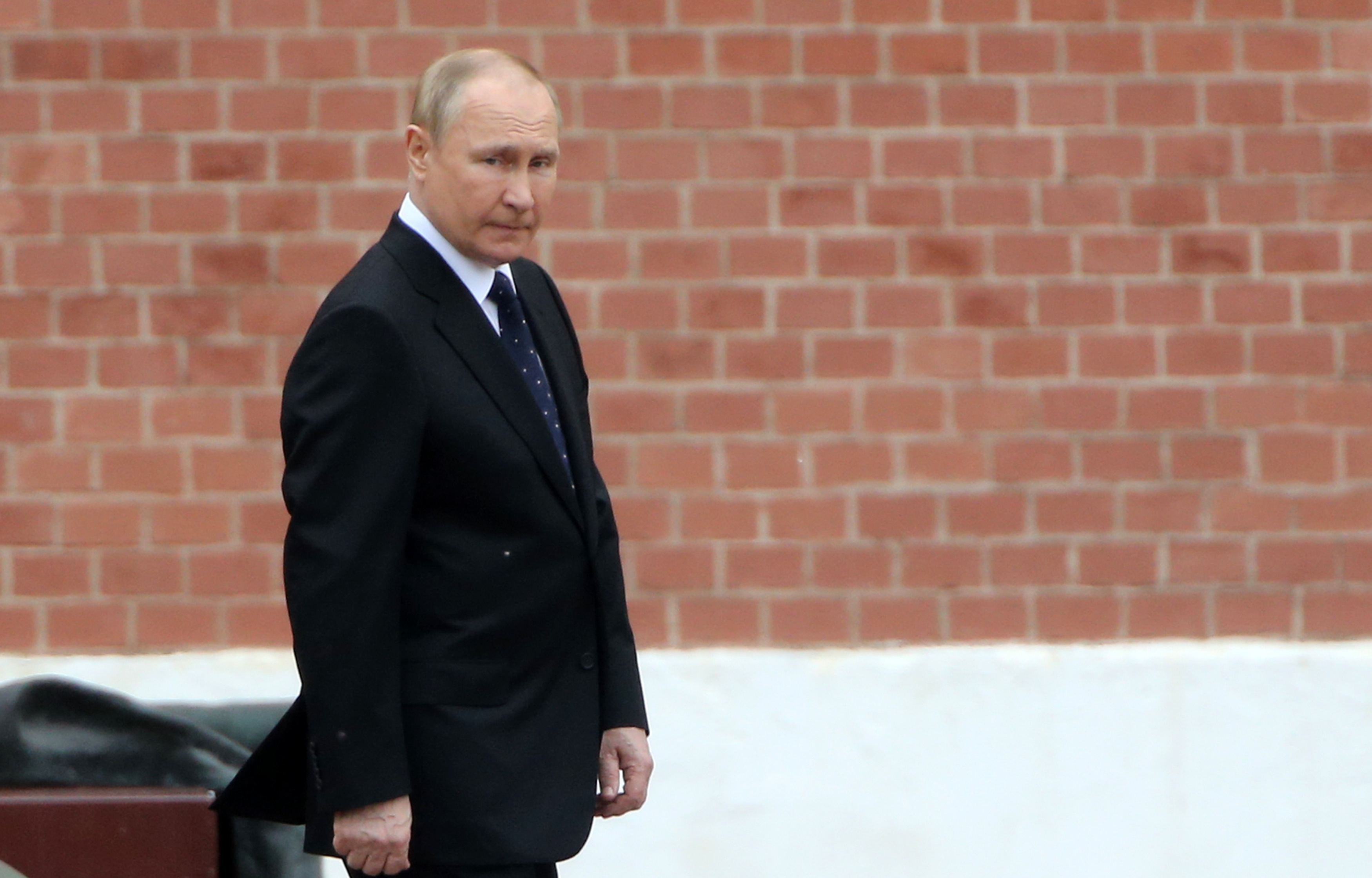 A retired Russian security officer who was once tasked with carrying President Vladimir Putin’s briefcase containing nuclear codes was found shot in his home on Monday, according to reports.

The Kyiv Post reported that the retired colonel, Vadim Zimin, is currently in intensive care after being discovered by his brother in the city of Krasnogorsk, which is located near Moscow. The Ukrainian newspaper wrote that Russian state media said Zimin was found “in a pool of blood” after allegedly sustaining a self-inflicted gunshot wound to the head.

Zimin, 53, is a retired colonel of the Federal Security Service (FSB)—Russia’s main security agency—who has been photographed with Putin while carrying the leader’s “Cheget,” according to The Kyiv Post.

The Russian newspaper Moskovsky Komsomolets wrote that Zimin was detained in December on suspicion that he was taking scraps from a businessman on a deal involving a government contract. He was reportedly under house arrest during an ongoing criminal investigation at the time of the shooting incident. Zimin had reportedly denied any wrongdoing in regards to the criminal charges.

Moskovsky Komsomolets also noted that the nature of Zimin’s injuries led to the conclusion that he had tried to take his own life.

The Kyiv Post and other outlets reported that it is believed that Zimin was also charged with carrying the Cheget to form Russian President Boris Yeltsin.

News of Zimin’s condition emerged around the same time that UK media outlets reported a Russian military colonel was recently killed in Ukraine after his helicopter was hit by Ukrainian fire.

The Mirror and The Daily Star both wrote on Monday that Russian Lieutenant-Colonel Sergey Gundorov, 51, was killed last week over Volnovakha in the Donbas region.

Gundorov’s death has not been independently verified by Newsweekbut a page on Russia’s VKontakte (VK) social media platform that regularly notes the deaths of soldiers in the conflict in Ukraine dedicated a post to Gundorov on June 18.

A video allegedly showing Gundorov’s helicopter being shot down has also been viewed over 200,000 times on Twitter. It was shared by a page called Blue Sauron, which regularly posts coverage of the war.

Newsweek reached out to the Kremlin for comment on Zimin.