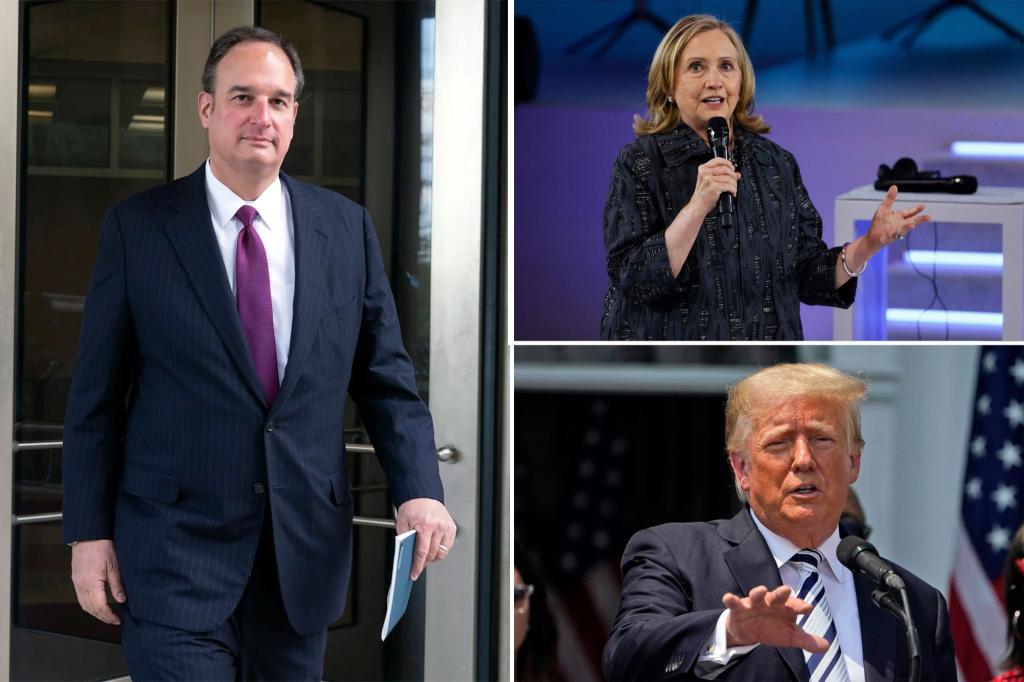 Monday’s trial of former Hillary Clinton campaign lawyer Michael Sussmann is set to be followed by special counsel John Durham’s case against a source of discredited reports in the infamous “Steele dossier”– with potentially more prosecutions to come.

Like Sussmann, Igor Danchenko — who faces trial in Virginia in October — is accused of lying to the FBI in connection with purported links between former President Donald Trump and Russia.

In Danchenko’s case, the alleged falsehoods include denying that public relations executive Charles “Chuck” Dolan Jr., a longtime Bill and Hillary Clinton supporter, provided him with information that he passed along to form British spy Christopher Steele for opposition research against Trump.

The material allegedly included elements of the salacious allegation that Russian intelligence had a recording of prostitutes urinating on a bed in the presidential suite of Moscow’s Ritz-Carlton hotel at Trump’s direction because former President Barack Obama and first lady Michelle Obama had previously slept in it.

Dolan appeared shocked after the dossier was published by Buzzfeed shortly before Trump’s 2017 inauguration, and he sent an email that said, “I’m hoping that this is exposed as fake news,” The Wall Street Journal reported last week.

Both Sussmann and Danchenko have pleaded not guilty.

Former high-ranking Justice Department prosecutor Jim Trusty said that “the big question with the Durham probe is whether it goes further up one of two chains” as he investigates possible criminality in the government’s probes of Trump.

One involves whether the alleged wrongdoing of Sussmann goes “all the way up the ladder” of Hillary Clinton’s campaign to the candidate herself, said Trusty, a Fox News contributor.

“There could be other issues, such as charging (former tech executive and Sussmann client Rodney) Joffe or others, but the big stuff remains to be seen,” he said.

A spokesperson for Joffe has denied he did anything illegal and described him as “an apolitical internet security expert with decades of service to the US Government who has never worked for a political party.”

Days after Danchenko’s November indictment, Trump’s second national security adviser, John Ratcliffe, predicted that “there will be many indictments based on the intelligence that I gave to John Durham and that I have seen.”

In February, Ratcliffe again said he expected “quite a few more indictments,” just hours before Fox News reported that Durham’s probe had “accelerated,” with “much more activity…than has been visible to the public.”