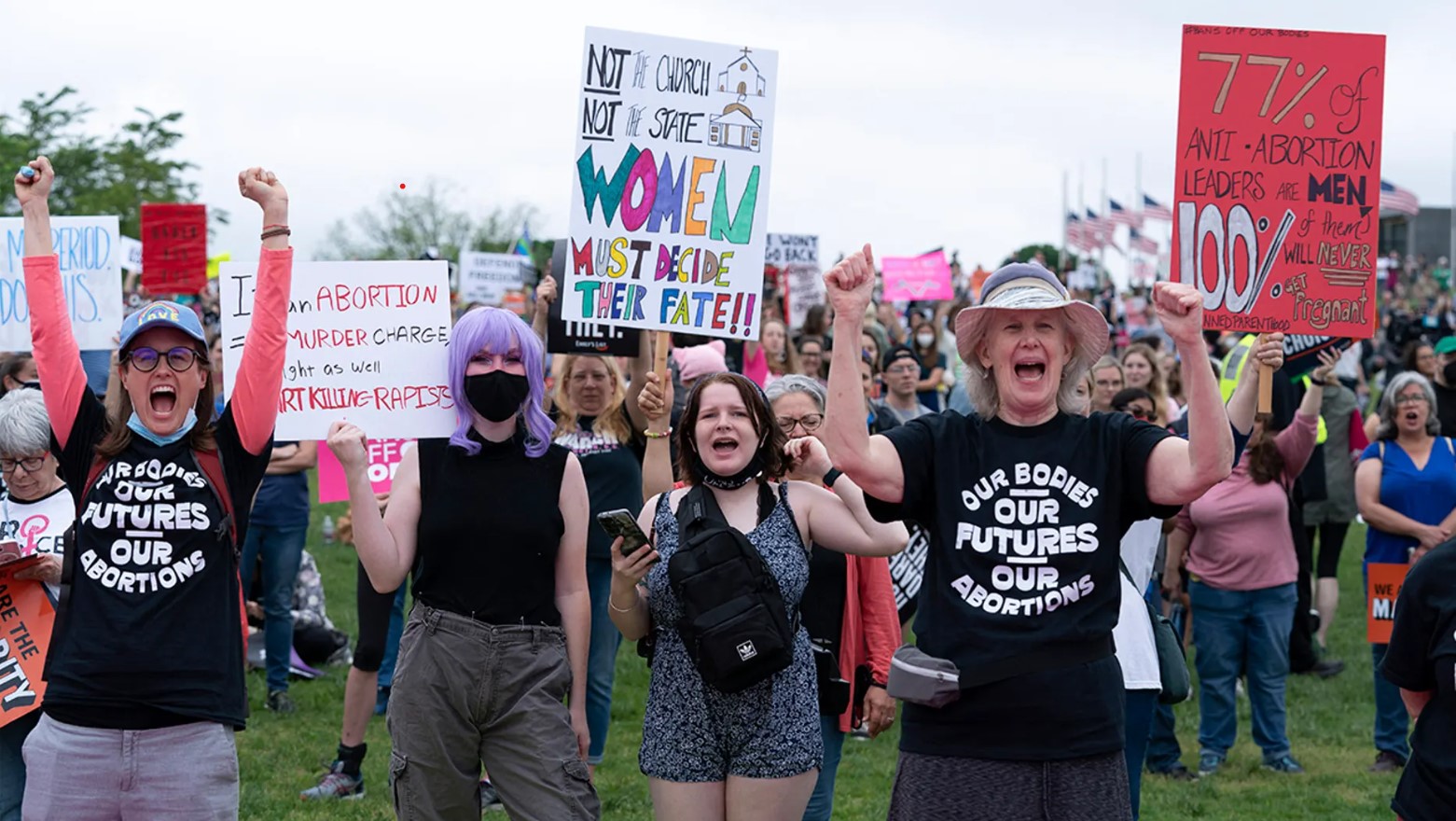 Protesters gathered in New York, Washington, DC and other US cities Saturday to march for legal protections of abortion and to protest the potential end of Roe v. Wade. The “Bans Off Our Bodies” event, organized by a coalition of groups including Planned Parenthood and the Women’s March on the National Mall in DC, is … Read more The FBI searched emails, texts and other electronic communications of as many as 3.4 million US residents without a warrant over a year, the nation’s top spy chief said in a report. The “queries” were made between December 2020 and November 2021 by Federal Bureau of Investigation personnel as they looked for signs of threats … Read more

More than 900 civilians were found dead in the cities around Kyiv, as Ukrainian forces continue to retake areas previously occupied by Russia’s military. Smoke billowed over Kyiv Saturday after Russia’s latest missile volley, which killed one person and wounded several others. Kyiv Mayor Vitali Klitschko has cautioned residents who fled the city not to … Read more

Frank R. James, the 62-year-old man accused of popping a smoke canister in a crowded New York City subway car before opening fire during the Tuesday morning rush hour, is in police custody after a good Samaritan spotted him walking down a Manhattan sidewalk in broad daylight Wednesday. In 30 hours between the attack and his arrest, investigators obtained and … Read more

Ukrainian President Volodymyr Zelenskyy announced on social media Tuesday that Ukrainian authorities have captured pro-Russian politician Viktor Medvedchuk, who was at-large after escaping house arrest in February. Medvedchuk is Putin’s closest ally in Ukraine, with Medvedchuk claiming that Putin was the godfather of his daughter. Medvedchuk was placed on house arrest under accusations of treason … Read more

Russia is reorganizing its military operations in Ukraine, including a change of its senior leadership, according to a report. Gen. Alexander Dvornikov, who led Russia’s invasion in Syria, will now lead the Ukrainian invasion, according to the BBC. “That particular commander has a lot of experience of operations of Russian operations in Syria. So we … Read more

Kremlin spokesman Dmitry Peskov told Sky News on Thursday that “we have [had] significant losses of troops [in Ukraine] and it’s a huge tragedy for us.” Peskov made the remark after being asked about the losses Russia’s military has suffered since launching its invasion of Ukraine on Feb. 24. Russian forces have fully drawn from … Read more

Some Russian troops have been placed in “tent cities” on the Russian border with Ukraine and the morale among the Kremlin’s forces remains low, the General Staff of the Armed Forces of Ukraine claimed in a statement. Soldiers “refuse to participate in further combat in Ukraine,” the military office claimed. “The moral and psychological condition … Read more

The US and its allies plan to pile additional sanctions on Russia Wednesday, including banning any new investments in the county because of evidence Russia is intentionally killing civilians in Bucha and other Ukrainian cities, the White House said Tuesday. Among the other measures being taken against Russia are greater sanctions on its financial institutions … Read more