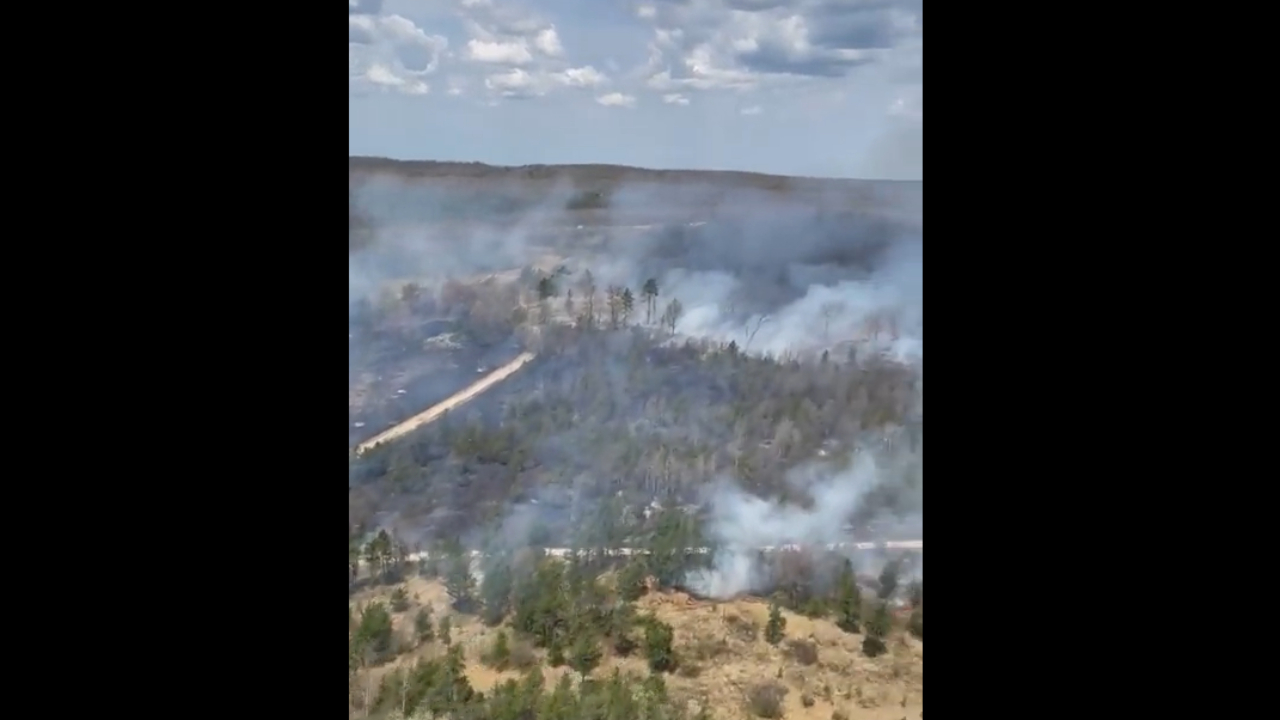 by: The Associated Press

ONAWAY, Mich. (AP) — Crews continue fighting a wildfire in a heavily forested area of ​​northern Michigan that prompted the evacuation of 13 people from a hunting and fishing camp.

Officials said the fire was reported mid-day Friday and spread by Saturday morning to about 2,300 acres in Montmorency and Cheboygan counties. They believe the fire was likely sparked by a lightning strike during a Wednesday thunderstorm.

State officials say one firefighter suffered a minor injury. Those evacuated were from the Black River Ranch near the town of Onaway but no residential areas were immediately threatened. The area was under red flag warnings for wildfire danger this week because of dry vegetation and high winds.

Michigan State Police Aviation unit tweeted videos of “Trooper 5” assisting the Department of Natural Resources outside of Roscommon and east of Grayling earlier this week.